An introduction to the mighty dragons that appear in the story. 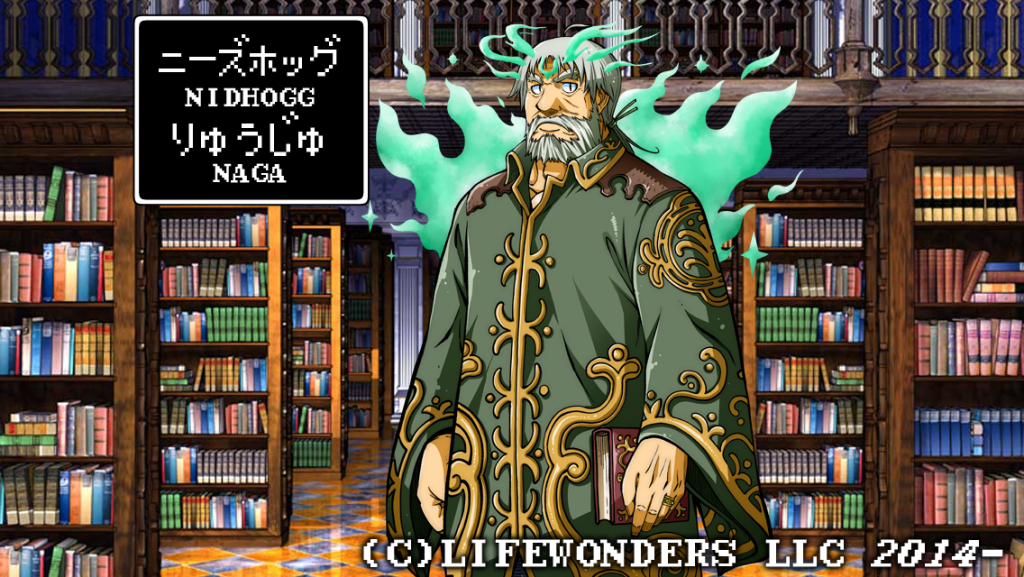 The avatar of the roots of the World Tree Yggdrasil, also known as the dragon Naga.
Older than time itself, he has lived through “The End,” transcending existence not unlike a god.
However, he currently resides alone inside the World Tree’s giant library, living the life of a hermit.
Dragons often collect items as a way of passing eternity, and he collects the wisdom of books.
It is said the roots of the World Tree continue down to the land of the dead and that he even drinks the blood of corpses.
No wonder no one wants to pay him a visit!
To this day, he continues to live his eternal life amusing himself with the books in the library. 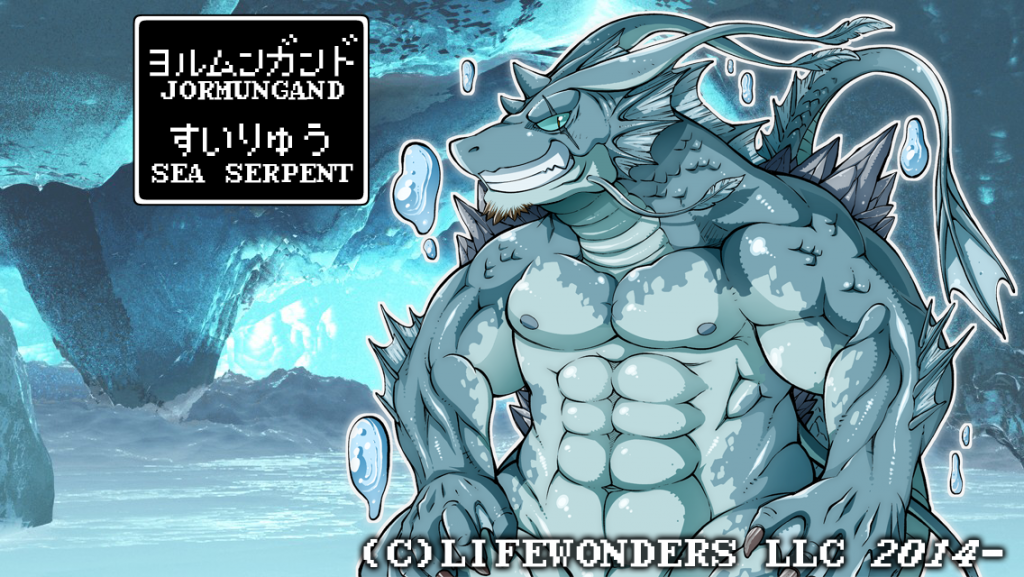 To the south of Midgard, there is an island housing a shrine to the Sea God… Beneath it, in an underground lake, a great deep sea dragon is said to lie.
Though he has absolutely no wickedness in his heart, he is so big he destroys everything in his wake just from moving.
Not only that, but the fluid he secretes has a will of its own, and has the power to dissolve everything it touches.
At some point, he was driven away from the earth’s surface by the words of a man.
After a number of fights, he chose to remain in the underground lake where he now works on training his body.

At first, he sought to wage war on the men who drove him away and began to assemble strong warriors, but he soon found himself more enamored with the warriors than any notions of revenge.
He has a habit of putting things he likes in his mouth, and sometimes he just swallows them whole…