Here are some examples of the quests you will find in Fantastic Boyfriends: Legends of Midearth.
You can gather information about quests from the Adventurer’s Tavern.
New quests that you are able to go on will be marked “NEW!”
You will keep all items obtained in quests and can use them in other quests. 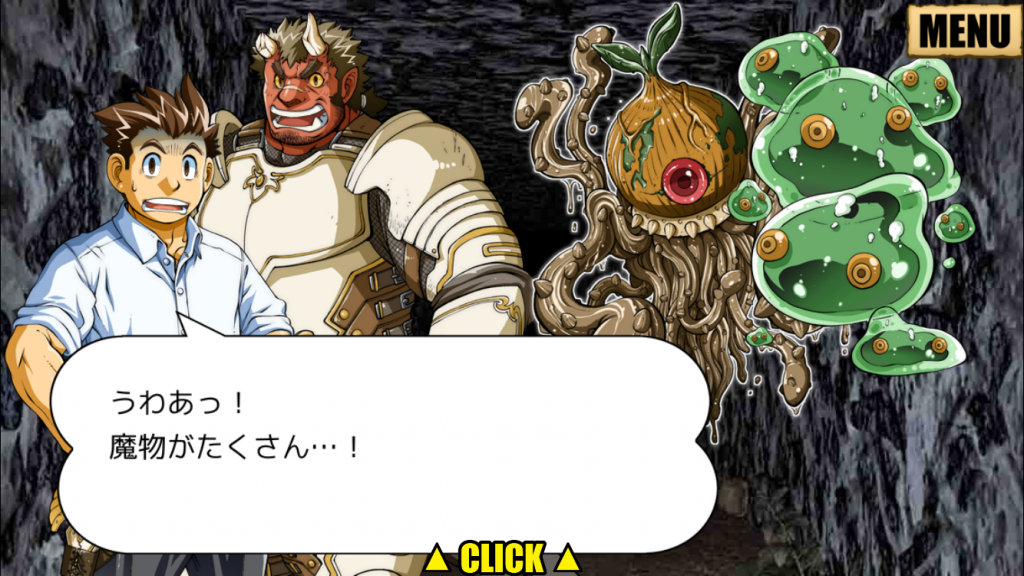 The first dungeon you go to with your new party members after being summoned.
If you survive, you will be recognized as a real hero.
Inside await traps to test your abilities and terrifying monsters sent by the Demon King.
This quest is available to play for free. 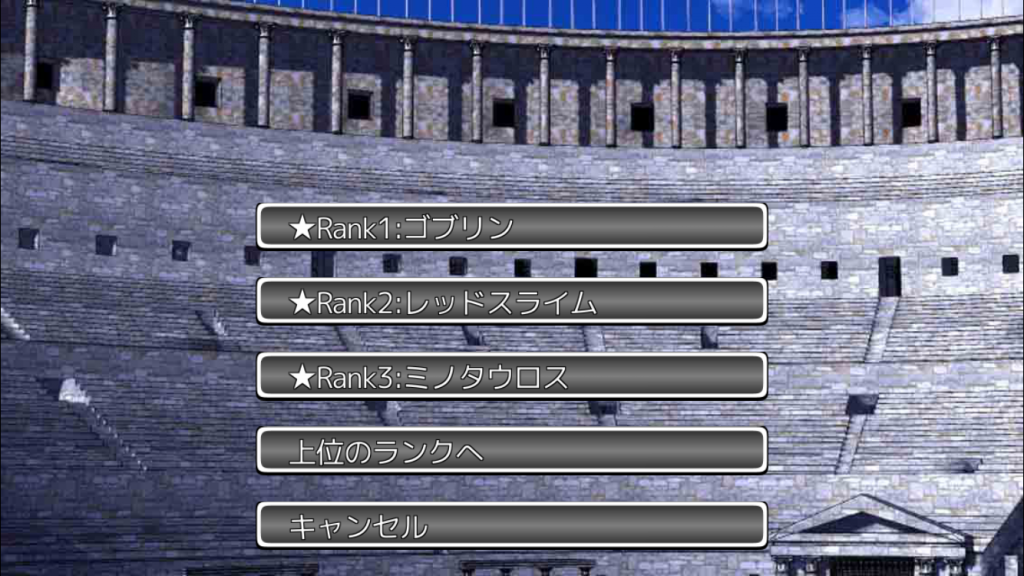 The Colosseum is where warriors from around the world gather to show off their abilities.
As you advance, you’ll gain new equipment for your comrades, making your party stronger.
Win upper and lower body armor worn by ancient Colosseum warriors, and maybe even equipment for someone not in your party…?
New enemies to come in future updates! 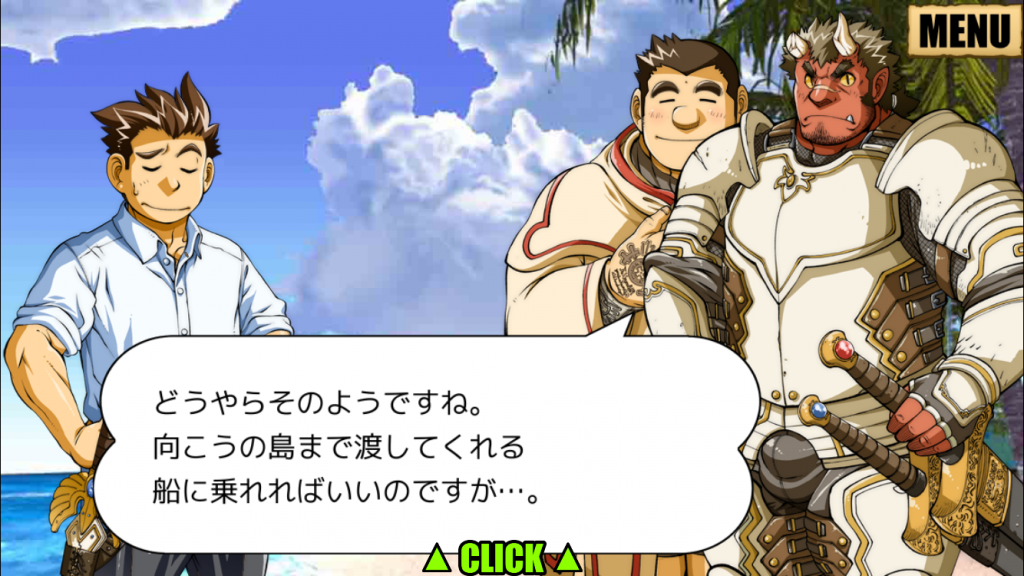 A small shrine on an isolated island to the south where legendary equipment blessed by the Sea God is said to lie.
You can’t bring weapons or armor to the island.
Not only that, but the dungeon is also inhabited by slimes with acid that burns through anything, and vassals of the Sea God that have countless tentacles they’ll happily use to restrict any trespassers.
It’ll be worth it, though – the equipment you gain from clearing this quest will greatly aid you in your difficult journey to the west! A dangerous mountain occupied by cutthroat bandits and frightful fire-breathing dragons.
Minions of the Demon King may also be waiting to trap your party when you pass through.
However, you won’t be able to get to the region to the west unless you complete this or another dangerous quest.
If the bandits’ and dragons’ rumors are to be believed, the mountain may contain a certain wondrous treasure from knight legend… 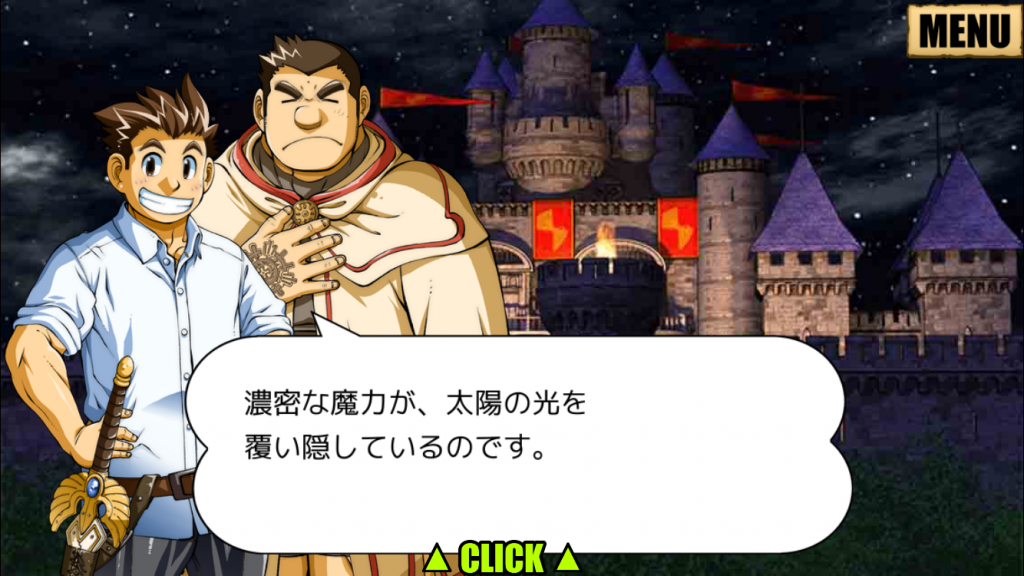 Towering over Valinol to the west of Midgard lies the Demon King’s stronghold.
It’s completely shrouded in powerful magic, so not much else is known.
You’ll need to use all your items and equipment to their full ability to track down the Demon King!
But will his true form be what you expected…? 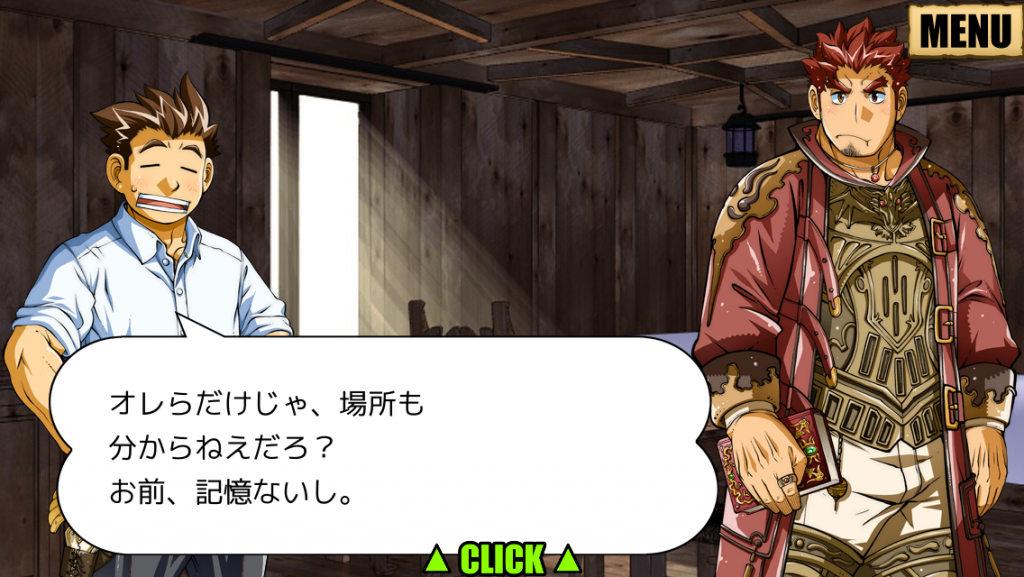 A dungeon constructed by members of a pagan religion who believe an ancient civilization once prospered there.
Apparently they gather strong men to torture and sacrifice to their evil gods…?!
Rumors of a rare treasure inspired many adventurers to attempt to clear the dungeon, but only a handful returned…
But you have your own reasons for taking on The Pagan Altar with your new party. 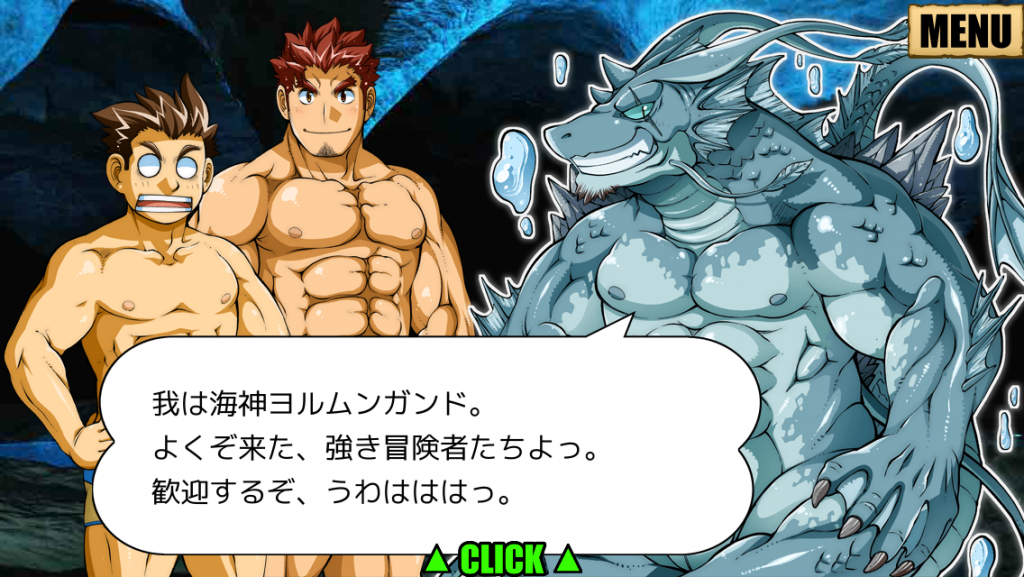 To the south of Midgard, the country you first arrived in when you were summoned, is an island.
Deep beneath the island is said to be a colossal serpent that devours worlds.
His bodily fluids possess their own will, and possess the power to destroy anything that threatens to obstruct their master’s conscious…
This eccentric dragon came to love the strong adventurers he gathered to train in preparation for the final battle against heroes assembled by the gods.
If you can demonstrate your party’s strength, he may lend you his power. 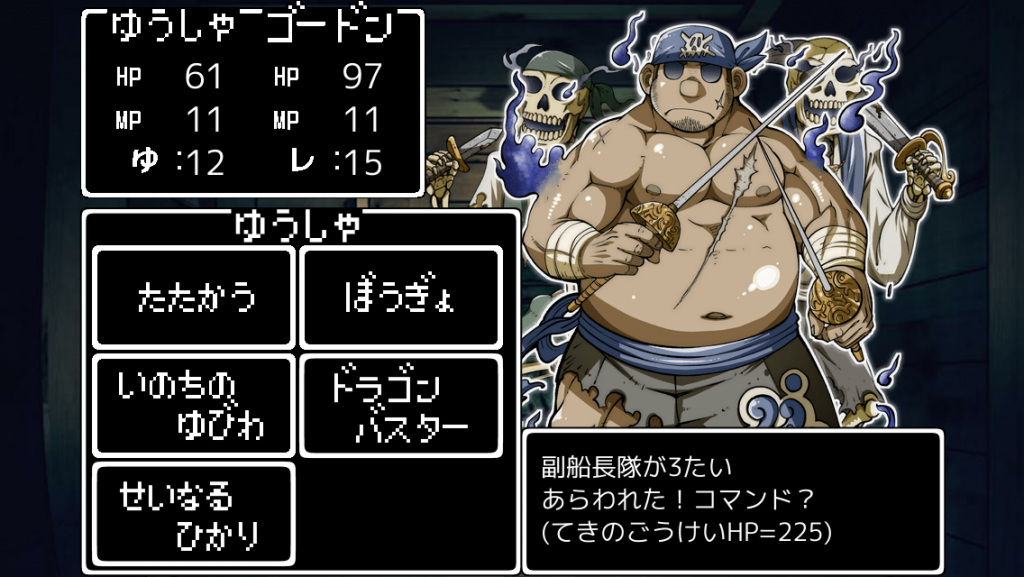 Your journey requires you to cross the ocean, so you head to a port city.
When you arrive, however, not a single sailor will send out their boat.
Upon further investigation, you hear stories of a ghost ship that summons storms to sink boats at sea…

What treasures do these skeleton pirates protect?
Embark on a thrilling ghost pirate ship adventure that will keep you on the edge of your seat!
Not only will your heart be racing from excitement, but a new romance as well…??? 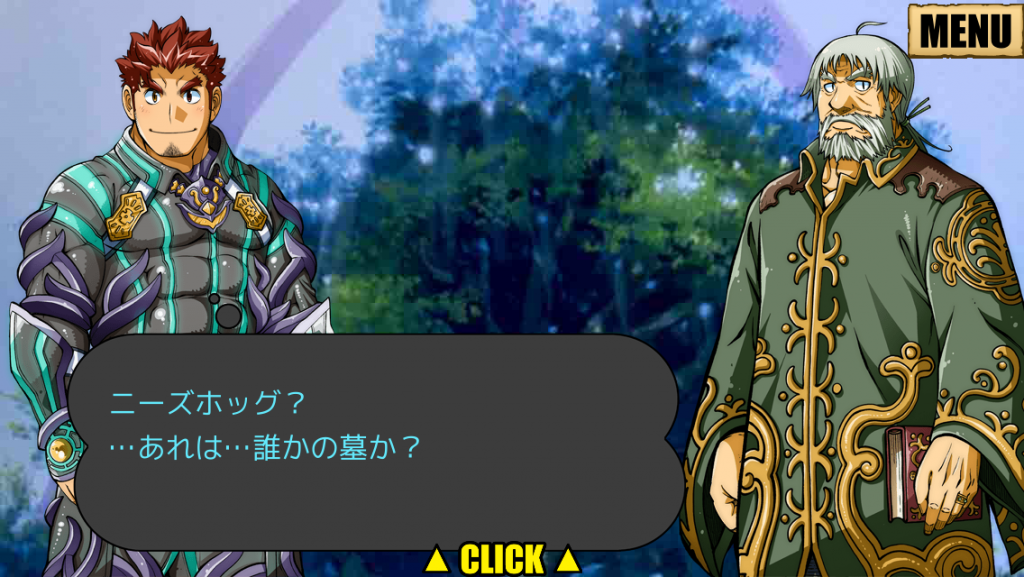 You and your party find yourselves at the World Tree, a giant tree with thick roots that extend to the center of the earth and branches that reach to the heavens.
There lives an elder dragon who has lived through the end of the world known as “the one who lies with hatred.”
Now, the World Tree is a dangerous dungeon filled with undead monsters that have risen from the earth…
But what are these stories of the tragic love between a man and a dragon?
And what is the real purpose of the undead wandering around the tree?
At the tree that supports the world, a battle between men erupts as new love between man and dragon unfurls.

Land of the Dead A battle of unprecedented difficulty awaits your party!
It will take all the equipment and items earned along your journey together with your sword of light to eliminate this new threat! 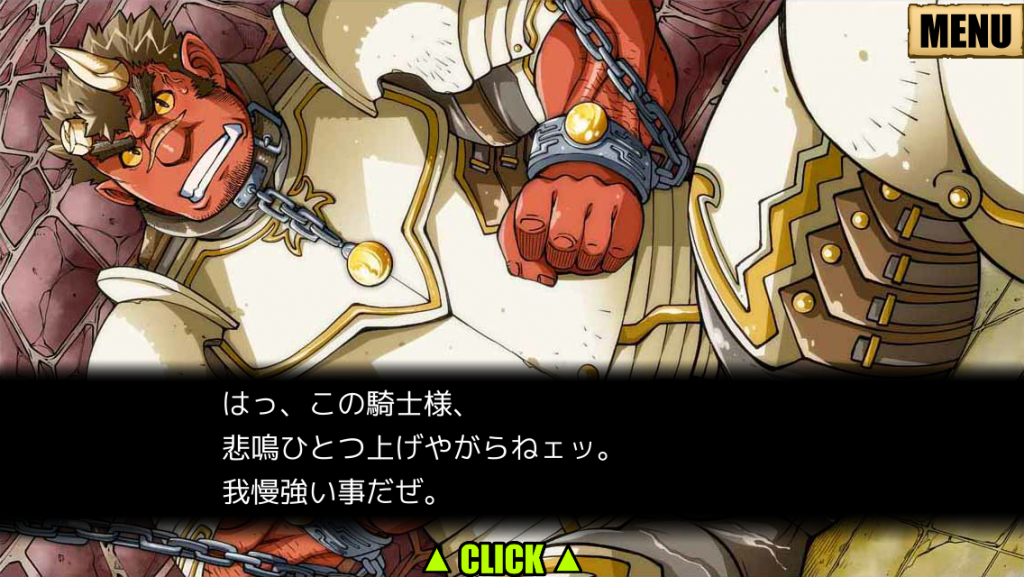 One of your companions has been captured and taken to the Orc Village!
It is said orcs love to take proud nobility such as royalty and knights captive and torture them… There’s not a minute to lose!
Gather your other party, break through the orcs’ forces, and free your comrade! 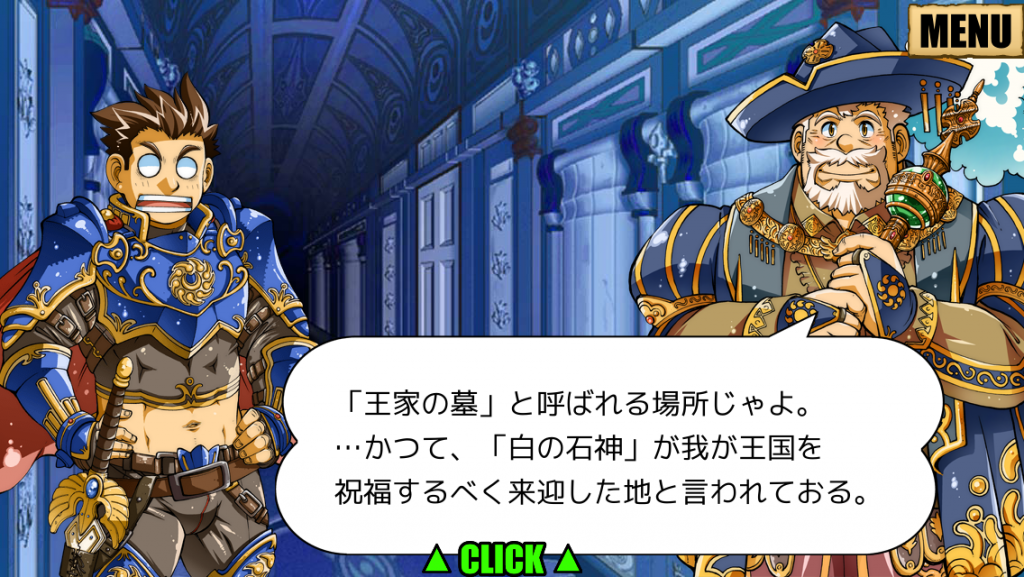 After defeating the Demon King once and for all, those strange words still remain…
You and your companions scatter across the world in search of answers.
The first place you visit is the Royal Tomb in Midgard Castle, where only those related to the royal family are buried.
Inside, you head to the Prophecy Space, where a shocking truth is revealed.
You embark on a journey alone to once again save the world.
Many familiar faces will aid you on your new quest…